Two weeks ago we proposed a quiz to use related to the 560-page July TRID Rule update. Last week we provided the (our) answers to the first half of the quiz. This week includes the final half.

Last week we completed the first half of the questions. This week we “bring it home” with the final questions to the TRID quiz.  If you recall, the TRID quiz was a test to see how well someone knew the 2017 TRID Rule.

Using the heading/topic below only, explain in a sentence or two the applicable part of the July 2017 Rule (which you can read here – and if 560 pages is too much for you, the 12-page executive summary should be perfect for you.)

*I had completed one of these the first week as an example.

In the past, people have complained about failure of the TRID rule to clearly state who was responsible for delivering the Seller’s CD. In proposals to the CFPB, trade groups argued that lenders were trying to shift “liability for [Closing Disclosure] accuracy” to the settlement agent.

The 2017 TRID Rule doesn’t answer this head-on, but does clarify as follows:

You know the question we’ve always had here – in a refinance transaction do we disclose non-borrower title-holder as “borrower” (possibly confusing them into thinking they’re responsible for the mortgage) or do we not list them on the disclosure but make sure they sign a document that doesn’t appear addressed for them (also confusing).

Well the CFPB settled that dispute here – and now we are not going to disclose non-borrower title holders on the CD as “borrowers.” We will only disclose persons “to whom the credit is offered.” The Rule also clarifies that, while a non-borrower will not be disclosed as “borrower”, if they are required to receive the disclosure for rescission purposes, their name can be added to the signature line on page 5.

Trick question – the Rule does not address this issue. Instead, a separate rule was issued on the same day that merely proposes a new fix for this. That means we’re back at square one.

There are a number of items on this topic covered in the Rule. Some examples include:

In the original proposal, the CFPB explained that it had considered requiring the disclosure of construction costs and payoffs (of liens and unsecured loans) in the Summaries of Transaction section of the CD rather than in Section H as “closing costs.” The CFPB explained it decided against this because it would have made it impossible to compare the LE to the CD as the LE doesn’t have a Summaries of Transaction section.

Well, surprise surprise – upon reconsideration, the CFPB reversed course and the final Rule now requires exactly that. So forget about Section H!

The Executive Summary explains this well:

The Rule tries to clarify who needs to receive the disclosures when a trust is involved. Long story short, the Rule requires CD delivery ….

The theory here is that the Trustee and Trust are the same person for TILA purposes, but that both the Trustee/Trust and beneficiaries are all “consumers” who, in rescindable cases, need to receive the disclosures separately.

Lender Credits— Both specific and general lender credits still need to be disclosed together on the LE and broken out on the CD. Also the same as before- we disclose the true cost of any particular fee with an offsetting lender credit where applicable.

Seller Credits — Seller credits can be disclosed as a lump sum or as reducing specific fees. It’s the lender’s choice.

This is related to seller credits. Basically, where the Total of Payments calculated includes an offset for amounts paid by the seller (i.e. not paid by the consumer), the In 5 Years calculation does not include this offset. The rationale is that it’s too difficult for the lender to know that much detail about the transaction that early in the process.

Thanks for taking the quiz!

What are your company’s core values? According to Patrick Lencioni and his company The Table Group, they are values that you will follow to a fault. Your company will suffer (at least short-term) to stay true to your core values. And here’s an interesting anecdote to support this – as retold in this Christian-Faith-at-Work article.

Southwest Airlines has humor as one of its core values. How do you know its a true core value? Well, as the story goes, the CEO received a nasty letter from an angry customer. The customer complained about airline employees goofing around during safety demonstrations. Apparently explaining to passengers that, “In the event of the need for a water landing, your flight attendant will come by with drinks and towels.” was not as funny to some passengers as it was to the Southwest employee.

The CEO responded to the enraged passenger’s letter. But the response was very brief: “We’ll miss you.” 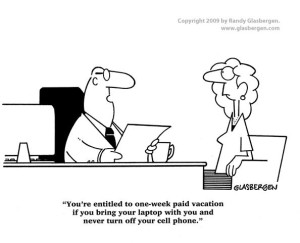