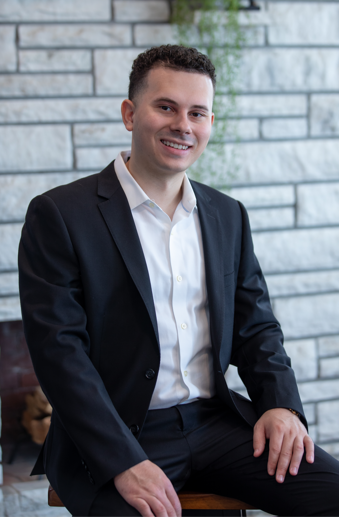 Born and raised in Providence, RI, Armani DelGiudice has literally been exposed to almost every aspect of property ownership: renovation, management, and financing. While attending the University of Rhode Island (class of 2017) he even experienced the in-depth study of the after-effects associated with the 2008 housing industry crash. As a finance major who received his Bachelor of Science Degree in Business Administration, Armani is no stranger to crunching the numbers involved with mortgage lending. Following in the footsteps of his mother, Sr. Mortgage Advisor, Evelyn Perez who was the #1 mortgage originator in RI for FHA lending as well as Rhode Island Housing mortgage, her mentorship has proven to be invaluable when it comes to building his business by referral.
Armani’s work history began during his college days as a property manager for his father which evolved into a position as a project manager for residential developments.  “When you deal with multiple properties and their tenants, you quickly learn how to handle problems and how to create solutions. Tenants knew they could call me when issues came up and that we would try to resolve challenges together.” Eventually, Armani ventured into acquiring and rehabbing property which allowed him to act as a General Contractor, coordinating and overseeing improvements. “I would fall in love with every property and my approach was to make the upgrades reflective of what I would like to own myself.” He learned to manage costs against achieving the highest quality possible.
Now he is truly excited to experience the financing piece of an industry he already knows so much about. “I have watched my mother succeed at the highest level for years as a mortgage professional, and you eventually understand that this business is not about the numbers…it’s about people. This new position with Province Mortgage Associates gives me the opportunity to fully invest in myself, my clients, and my network to make the American dream of homeownership come true for my clients.” Armani will be working from the Cranston, RI, office located at 465 Reservoir Avenue, and he looks forward to many years with the company.