What’s Behind a Name? 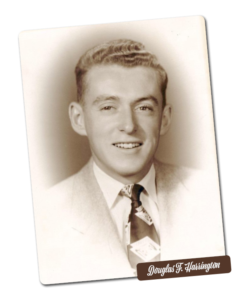 In the mid-70’s, a group of East Providence friends founded an organization called the Shamrock Society. The guiding spirit of the organization was philanthropic but we suspect there may have been a bit of mirth and merriment somewhere in the unwritten bylaws.

One of the founders was my father, Douglas F. Harrington Sr.

My dad was an interesting guy. He married his high school sweetheart at age 31 (greatest salesman ever!) and then proceeded to play catch-up, having five children in four years (twins to settle the math). He was a distinguished salesman with Proctor & Gamble, a man of deep faith and a gifted story teller. His favorite two words were integrity and wisdom.

In the late 80’s, I decided to start my own company and I needed a name. I kicked around all sorts of different ideas, each mustier and more contrived than the last.

Truth be told, dad wasn’t a fan of my decision to leave a steady job to do my own thing, and naturally, I wasn’t too happy that he wasn’t happy. To make matters worse, his health had been in steady decline for some time.

So in an effort to both honor him and bust him up a bit I decided to name the company after him. The Shamrock Society became the template for Shamrock Financial and in July of 1989 the company was born.

Less than a year later, at age 59, my dad passed away. 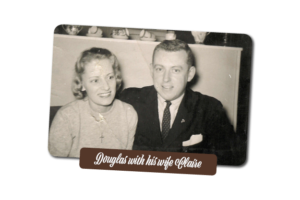 Ironically (or maybe not so ironically), who Douglas Harrington was would go on to define who we are at Shamrock – every single day. He never graduated college but flourished in an industry where typically only college graduates thrived. He raised us in a tenement house, working two jobs until he could buy his first home at age 44. He lost his wife, my mom, Claire, on her 48th birthday, after a two-week illness, quickly becoming a single dad with five kids in their teens – we had a dog, a cat and one family car.

Doug Harrington was a man of principle who believed in hard work, the path less traveled and the worthiness of everyone, no matter how the world might define them. Everyone deserved a chance and everyone got one with my dad.

It is both a privilege and, I believe, destiny that Shamrock Financial was inspired by a man who so closely resembles the characteristics of those we employ and those we serve. We have been blessed.

On Friday, July 19, 2019, Shamrock Financial Corporation celebrated 30 years in business and announced they are changing their name to *Shamrock Home Loans.